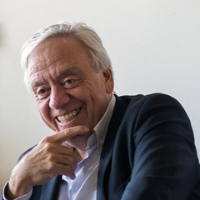 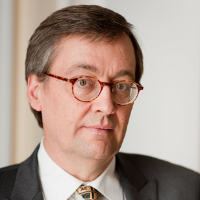 Mathias DewatripontCo-director
Mathias Dewatripont holds a Ph.D. in Economics from Harvard University (1986). Since 1990, he has been Professor of Economics at ULB (part-time between 2011 and 2017, when he served as Executive Director at the National Bank of Belgium, – and, between May 2014 and March 2015, as its Vice-Governor – being responsible for prudential policy and financial stability and a member of the Supervisory Board of the ECB and of the Basel Committee). He is affiliated with ULB’s Solvay Brussels School of Economics and Management (SBS-EM) and ECARES.

Between 1998 and 2011, he was part-time Visiting Professor at MIT and Research Director of CEPR. Laureate of the 1998 Francqui Prize and of the 2003 Yrjo Jahnsson Prize for Economics, he was a founding member of the Scientific Council of the European Research Council (2007-2012). He is a member of the Académie Royale De Belgique and Foreign Honorary Member of the American Academy of Arts and Science. He was also Chairman and then Dean of SBS-EM (2009-2011).

He has widely published in the areas of contract theory, organization economics, innovation, and banking and finance, including Contract Theory (with Patrick Bolton, MIT Press 2005), “Academic Freedom, Private-sector Focus, and the Process of Innovation” (with Philippe Aghion and Jeremy Stein, Rand Journal of Economics, 2008) and “Of Mice and Academics: Examining the Effect of Openness on Innovation” (with Fiona Murray, Philippe Aghion, Julian Kolev and Scott Stern, American Economic Journal: Economic Policy, 2016). 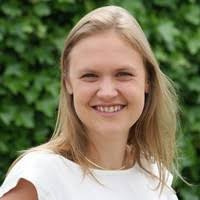 Hilde StevensCo-director and Professor of Health Innovation & Society
Hilde Stevens, PhD, senior researcher and lecturer at the I³h Institute, holds the Chair in Translational Medicine supported by the Fund Baillet Latour. She focuses her research on patient-centricity, collaborative innovation models, intellectual property (IP) and mechanisms governing access to medicines in the least developed countries (LDCs). Hilde particularly focuses on the governance and performance of public-private partnerships and their added value in the acceleration of innovative therapy development. Hilde is Education Officer in ENP Belgium, the Belgian Patient Platform, supported by EUPATI (European Patients’ Academy on Therapeutic Innovation). 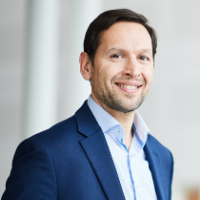 Micael CastanheiraLead Investigator
Micael Castanheira is Research Director at the Belgian National Science Foundation. He obtained his Ph.D. in Economics from the ULB. He was a post-doctoral fellow at Bocconi University and a visiting fellow at NYU.

His research focuses mainly on political economics and economic policy, one application of the latter being competition in the pharmaceutical market. He also worked on economic reforms (tax, pensions, institution building). Previously, he acted as an economic expert for a multinational enterprise, for the OECD, and for the World Bank. He sits on the scientific board of the National Bank of Belgium and of the Belgian Price Observatory. 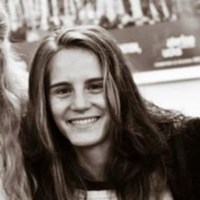 Marie NeunezPh.D. Student
Marie Neunez, Ir, is a part-time research assistant at the I3h Institute and student in medicine at the Université libre de Bruxelles (ULB). She was a Clinical Research Coordinator for 2 years in the departments of Nuclear Medicine & Radiotherapy at the Institut Jules Bordet (IJB). She also performed a 5-months internship at BASF SE (Mannheim, Germany) in the Human Health & Nutrition department.

Marie holds a MSc degree in bioengineering with a specialization in Science, Technology and Quality of Food (UCL, Belgium), a Postgraduate degree in Management (ICHEC Business Management School, Belgium) and a certificate in Clinical Studies (Cefochim, Belgium). 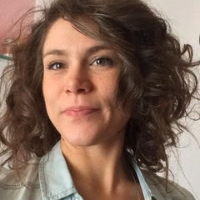 Her research interests lie at the intersection of Health Economics and Industrial Organization. Her current research agenda focuses on the socioeconomic and regulatory determinants of opioid analgesic consumption in France and on the role of pharmaceutical advertising. Her latest research project, for instance, studies how the impact of regulatory levers intended to limit opioid use differs across geographical areas depending on their local economic environment. Her future research will assess how pharmaceutical companies’ marketing strategies are modified in response to such regulatory shocks. 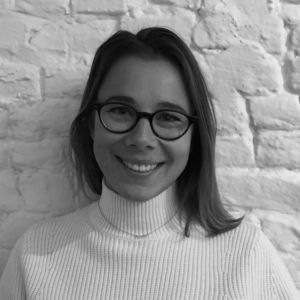 Caroline Van SwietenProject Coordinator
Caroline joined the Institute as Coordinator of the Educational Program. She started her career in Microfinance and Banking in Africa and Belgium. Most recently, she worked as a project and account manager in a communication agency. Then she gained experience in European Affairs and events management as Partnership Manager for the European Business Summit.

Caroline holds a Master’s degree in International Management with a specialization in Economics of Developing Countries from Ichec Brussels Management School. She is currently enrolled in an Online Course on Sustainable Development.